BANGKOK (AP) — A model from Myanmar who denounced her country’s military rulers last year from the stage of a beauty pageant in Thailand said Friday she fears she may be forced back home.

Thaw Nandar Aung, also known as Han Lay, told The Associated Press by phone that she has been stuck at Bangkok’s Suvarnabhumi Airport since being denied reentry to Thailand when she arrived Wednesday night from a short trip to Vietnam. She has been living in Thailand but needed to exit and reenter in order to extend her stay from her.

She said she met Friday with representatives of the United Nations refugee agency in an effort to avoid being sent back to Myanmar, where she fears harsh punishment from the military government she has criticized.

People denied entry to Thailand are usually deported to their last point of departure, but the UN agency advised her she would be arrested in Vietnam and then repatriated to Myanmar.

Thai Foreign Ministry spokesperson Tanee Sangrat confirmed in a text message that Thaw Nandar Aung was denied entry into Thailand “due to an issue with her travel document.”

“The relevant authorities did not make an arrest and have no plans to send her anywhere at this stage,” he said.

Myanmar’s military seized power in February 2021 from the elected government of Aung San Suu Kyi and has cracked down heavily on widespread opposition to its rule. It used lethal force to quash demonstrations and has arrested critics, including actors and other celebrities, under various laws with potential penalties ranging from three years’ imprisonment to death. In July, authorities executed four activists who were accused of involvement with terrorist activities.

Thaw Nandar Aung said she was charged in absentia in September last year under a section of Myanmar’s Penal Code covering sedition for speaking out against the military takeover at the pageant and online. The statute criminalizes attempts to “bring into hatred or contempt, or excite or attempt to excite disaffection towards the government,” and the military or its personnel, and carries a maximum penalty of 20 years in prison.

She said that on arrival in Bangkok, Thai immigration authorities entered her name in their online database and then asked her if she had reported her passport missing in Vietnam, to which she replied “no.” She said they then showed her a screen they said indicated there was an Interpol Red Notice out for her, which means the police force of a member country had asked her to be detained.

It could not be immediately confirmed whether Interpol has posted such a notice. However, Myanmar’s military government has unilaterally revoked many of its leading opponents’ passports in an effort to restrict their activities.

On Thursday night, Thai police told her that Myanmar police had come to see her, but she declined to meet them, Thaw Nandar Aung said.

Thaw Nandar Aung used her platform as the Myanmar contestant at last year’s Miss Grand International beauty pageant in the Thai capital, Bangkok, to speak about the killings of pro-democracy protesters in her homeland.

“Every citizen of the world wants the prosperity of their country and the peaceful environment,” she said. “In doing so, the leaders involved should not use their power and selfishness.”

“Today in my country, Myanmar, while I am going to be on this stage, there are so many people dying, more than 100 people died today. I am deeply sorry for all the people who have lost their lives,” she said, pausing frequently to fight back tears.

She added: “I want to say for that, please help Myanmar. We need your urgent international help right now.”

Thaw Nandar Aung said she was optimistic after meeting Friday with representatives of the UN High Commissioner for Refugees’ office that she would not be sent back to Myanmar. She said they told her they were working as quickly as possible to find her from her a country she could go to for asylum, possibly in a few days.

Meanwhile, she must stay in a room in the departure section of the international area of ​​the airport, with guards provided by the Thai government, she said. 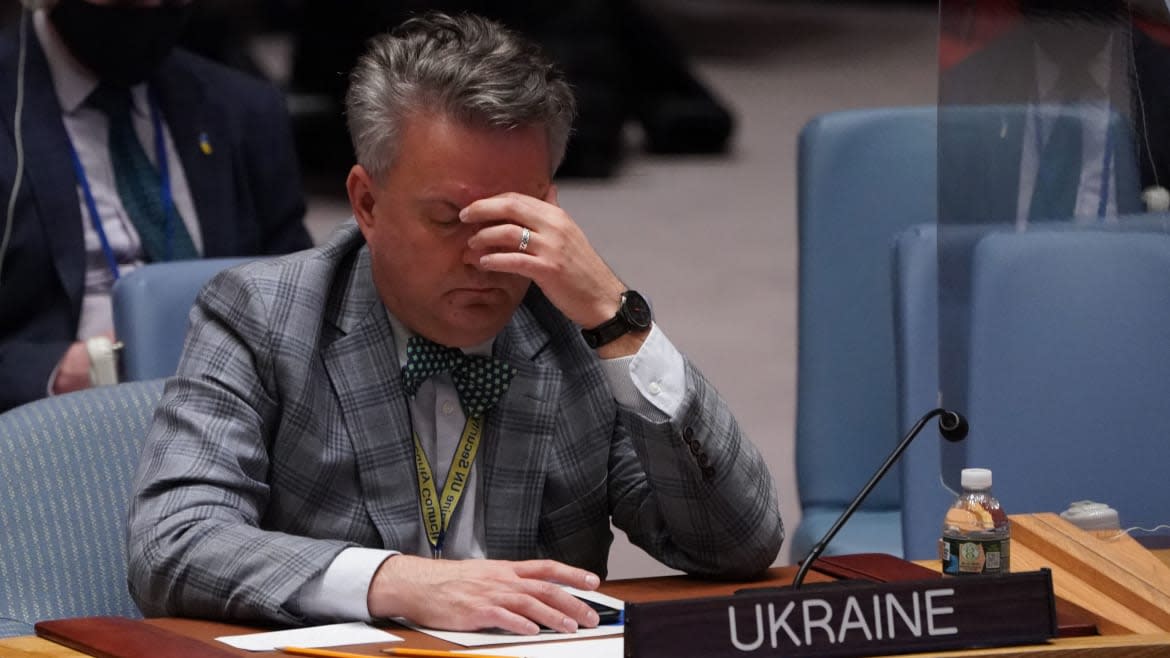